Star Wars… one of the most popular ongoing themes for birthday parties!  When my son Micah turned 8, he wanted a Star Wars party.  March is a tricky month.  You never know if it will be rain or shine.  Fortunately, it was a beautiful sunny day, which made this epic Stormtrooper battle possible.  When each child arrived, they were given a homemade light saber made from a pool noodle cut in half, decorated with silver and black duct tape.  Their mission…go out to the backyard and defeat the Stormtroopers (which in reality were white balloons hanging from string with storm trouper faces drawn on them with sharpie).  The boys (and little sister) were way into this battle and it was so fun to watch them running around our yard swatting at all of the bad guys!

I made a hanging centerpiece out of a large white kitchen trash bag by filling it with air, tying it off and drawing a Stormtrooper face on it.  This year I went simple on the cupcakes by purchasing some Yoda and Darth Vader toppers at Michael’s.

We ended the party with a viewing of the very first Star Wars movie, which my son had never seen.  The boys each got to take a light saber noodle home with them and the left over sabers stayed at our house.  Funny thing is, I expected my kids to get tired of them after a week or so, but these noodle sabers were used for many months post party.  One of my boys’ favorite outdoor activities became light saber battles while jumping on the trampoline…perfect as party favors or just to use in everyday play! 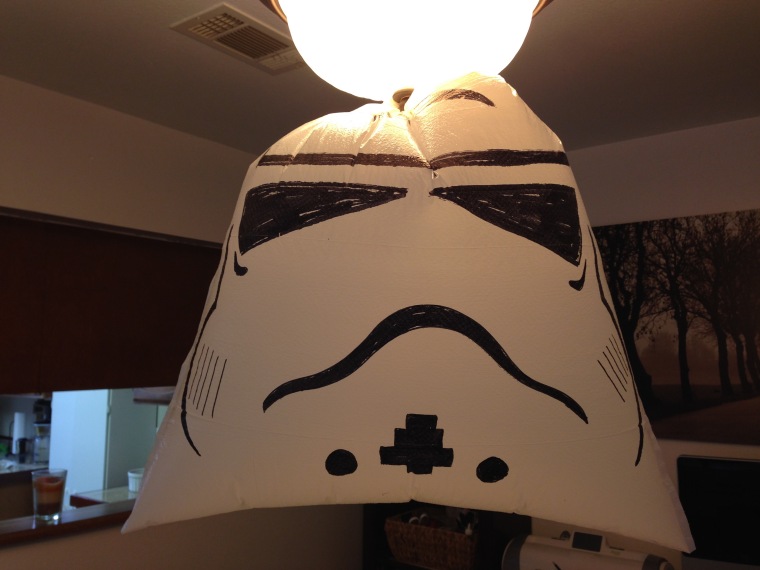 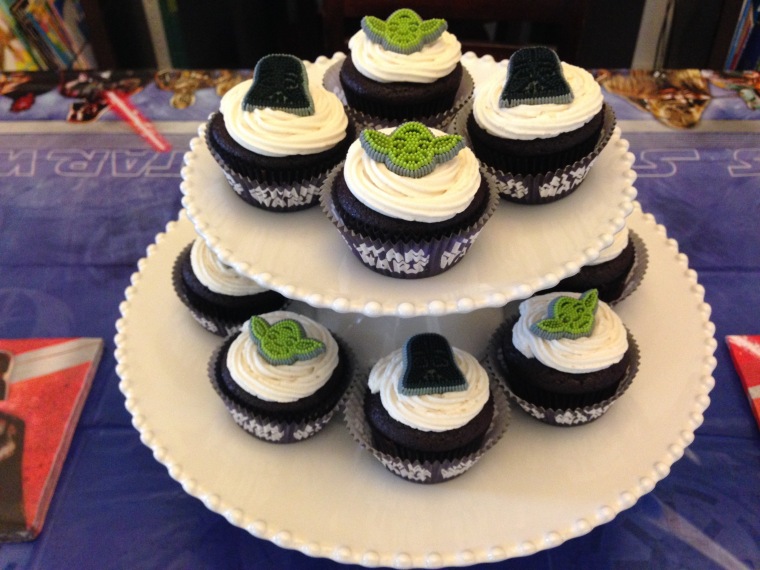 One thought on “Star Wars Party”